The Tax Cuts and Jobs Act (TCJA) of 2017 has prompted a recent southern migration as Americans experienced an increase in their disposable income and a dip in their taxes. As a result, renters are now looking for housing with a lower cost of living and a growing economy. This has lead to a boom in the southern markets and an increase in the demand for multifamily apartments in those areas.

The Tax Cuts and Jobs Act Impact on Renters

Some areas of the country, including California, New York, New Jersey, and Illinois, are seeing a loss of population as people take advantage of tax savings by moving to more affordable areas. Specifically, places like Jacksonville, Tampa, Charlotte, Nashville, Atlanta, and Miami saw their married renters enjoy significant federal tax savings. In fact, across the board, renters in several top housing markets saved an average of $2,716 on the federal tax bill in 2018.

Westcoast Investors Looking Toward the Southeast

We also see a significant shift in the West Coast markets. “In the first half of 2019, California experienced a $2.5 billion capital migration to other states. From the 2.5 billion, $556 million went into the Southeastern United States,” says Capital Markets Associate for Cushman and Wakefield Matt Godman. “Investors on the West Coast are looking at territories with no state income tax such as Florida, and other tax exemptions such as Opportunity Zones that are abundant in the Southeast.” A majority of the $556 billion flowing into the Southeast has been delegated to multifamily and retail development urging more renters to move to those areas. It has become clear that the Southeast is a hotspot for investment and will continue to be attractive to investors across the country.

Businesses have especially taken notice of growing Florida markets. Florida is now the third-most populous state, displacing New York for the honors, and has amassed a gross domestic product of more than $1 trillion, making it increasingly attractive to businesses.

Florida as an Emerging Market

While most of the real estate industry has been focused primarily on the South Florida region in the past, going forward that trend will continue to shift toward other areas of the state. Forbes magazine recently recognized Orlando as the nation’s number one focal point of real estate investment — an accolade that’s only expected to solidify as the city continues to draw new residents and expand to surrounding markets. For instance, the Lakeland-Winter Haven region, now a relatively small market in the state, is expected to continue its real estate boom as the demand for housing from Orlando and Tampa expands outward.

The Jacksonville market has also seen an influx in development with $3.6 billion in proposed projects, $1 billion currently under construction, and $210 million in completed projects between 2018 and 2019. This illustrates a 64% increase in completed projects years over year.  Out of 5,220 downtown residents, 3,199 live in multifamily residential units with another 3,038 proposed units in progress. Ninety percent of downtown residents report they either like or love living in downtown Jacksonville which will encourage future growth.

Live Oak Contracting has capitalized on Jacksonville’s growth and is now building a $22 million Active Adult Community, Olea at Nocatee, in St. Johns County Florida and has three other projects in Duval County with the goal of transforming the landscape of Philips Highway and San Marco. These projects are part of an Opportunity Zone development by Chance Partners and are San Marco Promenade (valued at $33.4 million) and both phases of San Marco Crossing (valued at $69.2 million).

Now is the time to get in on the rapidly growing Florida markets. Multifamily housing will continue to be in high demand in Florida cities across the state. Choosing the right contractor to partner with on your next southern project is the key to maximizing both your profits and your reach. We employ a collaborative approach and have the extensive experience and professional connections needed to help you succeed. Contact us for more information. 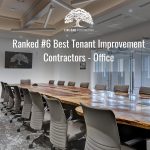