Solar Helps Your Business, the Economy & the Environment 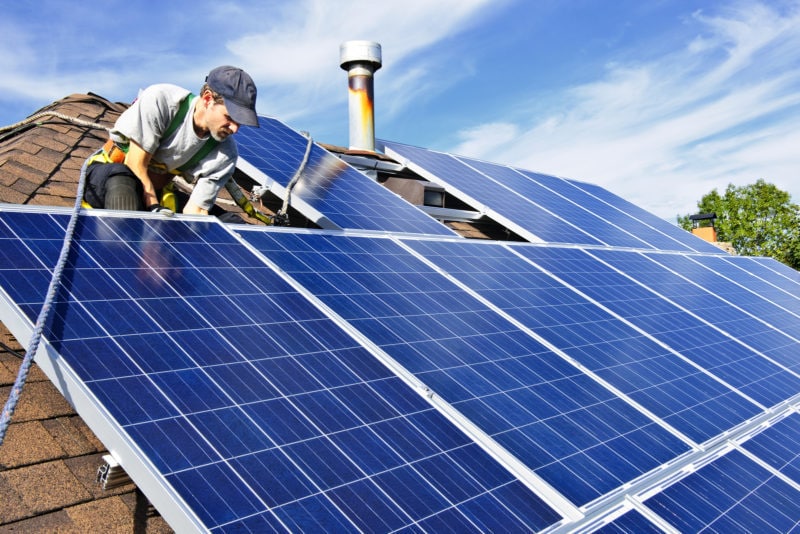 Solar panel installation on commercial and residential buildings is on the rise across the United States and it’s not because of the environment. Advances in technology and installation have caused a fast and dramatic drop in prices, making solar energy a good deal for consumers. In addition to being more affordable, some of the benefits to solar include, reduced utility expenses, higher efficiency, and little to no maintenance. As the rapid growth of solar energy continues so are the possibilities, from business and government to homeowners and even American Indian Tribal Lands, consumers are finding new ways to take advantage of this growing market.

There are many factors driving the current boom in Solar Energy with manufacturing leading the way. Currently, the majority of solar panels are produced in China, which positioned itself well in the market with  subsidized loans and factories. In fact, China was so well positioned that the market was flooded with product, causing prices to collapse. At the same time the efficiency of panels grew and installation technology evolved, allowing prices to stay low despite rising demand.

According to a study conducted by the Solar Energy Industries Association, Q3 in 2014 represented the second largest quarter ever for solar installations in the U.S. There are now 17,500 MW of cumulative solar electric capacity in operation currently. That’s enough to power more than 3.5 million average American homes. Nearly 600,000 U.S. homes and businesses have gone solar, and it’s more affordable than ever. Since the summer of 2010, the average price of a photovoltaic panel has dropped by 63 percent. The prices for solar panels have plunged as a result of greater efficiencies in manufacturing and the technology itself, as well as increasing competition among a growing number of suppliers.

The increased value of solar energy projects continue to stimulate the U.S. economy. According to the same study, there are now nearly 143,000 solar energy workers, a nearly 20 percent increase since 2012. Solar installations were valued at $13.7 billion in 2013, compared to $8.7 billion in 2011. It’s clear the advantages of solar panels extend far beyond energy savings.

Types of solar panels include Mono-crystalline Silicon (Single Silicon), Polycrystalline Silicon (Multi-silicon), and BIPV (Building Integrated Photovoltaics). As of right now, Mono-crystalline panels are the most efficient, and as a result of their high silicon content, they’re also more expensive. Higher efficiency means less panels are required, making them ideal for roofs. Polycrystalline panels have lower silicon levels, making them less expensive, although still efficient and also the most popular choice. BIPV panels look like solar shingles, are less efficient, don’t last as long, and therefore are not a common choice.

According to Pure Energies, the average price to install solar as of 2013 was $4.72 per watt, and an average-sized solar panel system is about 5 kilowatts. The cost of course, depends on many factors such as the size of your roof, panel type, efficiency and design, individual energy needs, and any rebates or incentives offered by your state.

Find a Contractor With Experience in Solar Panels

At the request of the owners, Live Oak Contracting recently installed solar panels across the clubhouse of the Paddock Club Apartments in Gainesville. The resulting utility savings enables the Owner to invest more money in property improvements rather than electricity bills.

For more information on solar panel installation for your property or other contracting information, call us today at (904) 497-1500.