Figures, Findings & Forecasts: The GDP of the Construction Industry 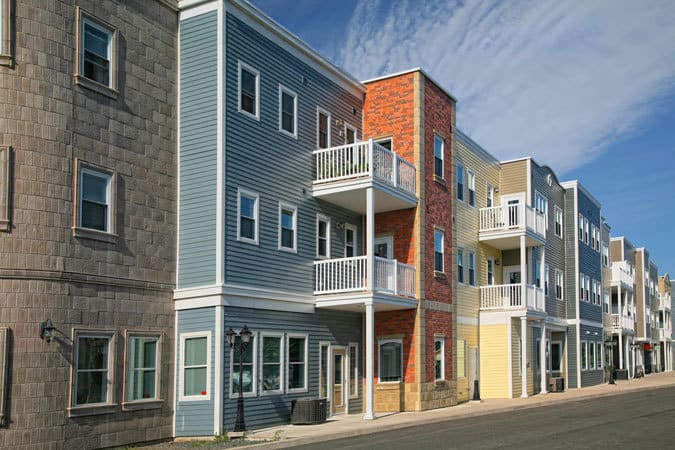 With annual spending of 1.8 trillion dollars, the United States represents one of the largest construction markets in the world, second only to China. Multi-family housing expenditures account for a significant portion of spending and have an economic impact on local communities that reaches beyond the initial construction.

The GDP of the Multifamily Industry

In a 2013 study called The Trillion Dollar Apartment Industry, the National Multifamily Housing Council (NMHC) and the National Apartment Association (NAA) became the first to quantify the GDP of the multifamily industry. These associations took into account not only initial construction expenditures but also building operations and subsequent resident spending to get a complete picture of the impact that multifamily housing has on local communities.

– The apartment industry contributed $1.3 trillion to the US economy

– 12.3 million jobs were supported as a result of the apartment industry

– Multifamily construction accounted for $93 billion in expenditures and supported 700,000 jobs

Perhaps most impressive is the study’s revelation that residents of multifamily housing provided 1 trillion to their local economies. According to Stephen S. Fuller a researcher at George Mason University’s Center for Regional Analysis, this staggering figure is often overlooked. He believes that those involved in multifamily construction often underestimate the long-term positive impact that multifamily construction has on a local community. According to Fuller, “it’s always that first splash of new construction that gets the attention. No one pays attention to ongoing maintenance or to the people who live in these properties,” which he believes is a mistake.

In an effort to rectify this deficit, the NMHC and NAA created the site, “Apartments. We Live Here.” The site provides comprehensive data on the multifamily industry by state and metro area. In addition, they have created a calculator called the Apartment Community Estimator to calculate the economic contribution a new or existing development makes in each state or metro area. This estimator takes into account all aspects of multifamily construction including the typically overlooked components of operations and resident expenditures.

The construction industry outlook for 2015 and beyond is bright. Multifamily housing in Florida alone remains an important factor in the state’s GDP. The Sunshine State’s 2.4 million apartment residents inhabit 1.3 million apartment homes and account for an economic contribution of $44.8 billion each year which in turn supports 470,400,000 jobs in our state.

Nationwide, construction is expected to continue a strong growth pattern with a forecasted increase of 8% through 2019. Single-family home sales grew to 517,000 in April 2015 which was a significant increase of 26.1% over the previous year. In addition, as many would-be homeowners such as millennials and empty-nesters are foregoing home ownership, the multifamily industry is forecasted to see double digit growth through 2019.

With such strong growth forecasts, Live Oak Contracting is excited about the future of multifamily construction throughout the Southeast. New trends in sustainable mixed-use developments are creating vibrant new communities right in our own backyards and Live Oak is proud to be a part of it. Contact us to see how we can help you make your next project into a reality.