Paul Bertozzi founded Live Oak Contracting with the goal of bringing a culture of collaboration to the multifamily construction industry. He received a BA in Economics from Auburn University and following graduation, he leveraged his education and experience to begin working in the construction industry. Today, Paul is a Licensed General Contractor in nine states.

Under Paul’s leadership, Live Oak Contracting has successfully managed a wide variety of projects including Market Rate, Tax Credit and HUD Multifamily, Mixed Use, Industrial, and Commercial. In the last four years alone, the company has completed over $200 million worth of projects translating into over 2,200 units of multifamily, 175,000 square feet of commercial, warehouse, and office space. Live Oak currently has $220 million of contracted work in progress and $250 million in completed projects to date.

In 2021, Paul was named one of the Jacksonville Daily Record’s Top Entrepreneurs. In 2017 Paul was placed on the Jacksonville Business Journal’s Top 40 Under 40 list which recognizes the city’s up-and-coming leaders under the age of 40. In 2018 Live Oak was recognized as the Fastest Growing Construction Company in the Nation and 34th private company overall by INC. Magazine. He was also named as one of American City Business Journal’s 100 most influential Commercial Real-estate Executives and was selected as a finalist for EY Entrepreneur of the Year for the State of Florida.

In addition, Paul is an active member of various industry organizations and initiatives. He has served as a mentor for the NEFL ULI Emerging Leaders group and NAIOP’s Mentorship Program.  He is currently on the Board of Governors for the Jacksonville Chamber of Commerce and the Board of Advisors for NEFL Urban Land Institute. Paul also gives back to the Jacksonville community through supporting local charitable organizations such as the Monique Burr Foundation, Jaguars Foundation, Jacksonville Children’s Chorus and Safe Harbor Boys Academy. 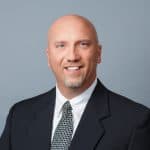